After the shofar class, we headed out to join a zoom call with the Dean and some other faculty members for another session of orientation. We heard about what it meant to be in Israel and experience a totally different culture. The Dean brought the example of clouds and sunshine. In European countries sunshine was something positive and clouds something negative, whereas here in the Mediterranean area, clouds were something positive and sunshine was something negative.

At some point later that day, when I was running errands in the city this thought crossed by mind and made me a little sad: Was looking at all of the chaos and energy witch which people were going around by and I thought "Will I ever be as Israeli as all those people?"

The Dean also mentioned that in the beginning things are going to be hard, the same way as babies get their baby teeth when they are small, and it hurts, but they (read "you") forget about this pain and remember only the good things. The same, he said, is going to happen with our experience at Pardes, and I think he is absolutely right! He called this phase the Elul Blues.

Funnily right when classes were over today and we all went outside, there were clouds at the sky! 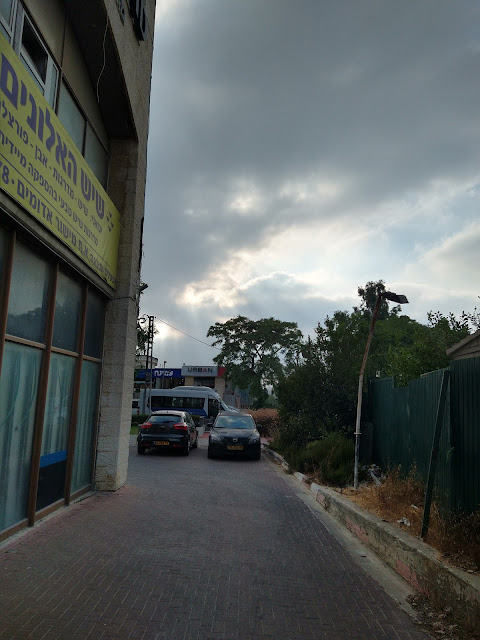 December 17, 2020
Chanukka oh/r Channuka oh/r  Chanuka  oh/r  Hanuka  oh/r  Hanukka  oh/r  Hannukka  oh/r   Chanukkah? Pick your favourite! We are in the middle of the festival, which despite its recency has accumulated a wide range of – not only ways to spell it – but also halachot (laws). The Talmud opens its answer to “What is Chanukka?” with “We do not fast or eulogize on it”. A few pages further into the Tractate, the Talmud discusses more laws pertaining to Chanukka, such as when or where to light. One of my favourite laws of Chanukka is that one only fulfils the mitzvah of Lighting the Chanukka candles with lighting, rather than placing them. It seems somewhat superfluous, but the Sages were very concerned about the correct fulfilment of the commandment. A central idea that led the Sages when establishing those laws was the concept of  Publicising the Miracle . In that vein, they also established that any benefitting from the light of the candles is prohibited – the light can only be used for pub
Post a Comment
Read more