Today's highlight was the guided tour by Jamie Salter, who guided us around barely a square km of land, but told us so much more than possible one could imagine fitting into that piece of land. I want to share this with you.

The tour started at the Mt Zion Hotel on Hebron Road. From there you have an amazing view over the walls of the old city and east Jerusalem stretching up unto the ridge and it seeming like nothingness behind it.

The valley that you see is called the Valley of Henom. And then Jamie blew my mind! He literally put the puzzle pieces together. Finally I knew where that place is! Another word for Valley in (ancient) Hebrew is "Gey". So that valley is just called Gey Henom! Now I know where Gehenom is! Now I know what they all are talking about when they say "If you don't do this or if you do that then you will go to Gehenom!" Next time I'll tell them "I would love to!" Jamie told us that in the time of the 1st Temple period, shortly before the Temple was destroyed, the Prophet Jeremajah smashes a piece of pottery in that valley, where the Jewish people were serving idols, showing them that when a piece of pottery is not wet anymore and gets hard and the only way to do thshuva (repentance, return to HaShem) is to break it; and that we should return to HaShem before the pots get dry! There is a Piyut (song for high holidays) which speaks of this topic - that we are like the clay in the potters hands and He does as He pleases with us.
Then we walked over to the other side of the Hebron road and looked at the first building that was built outside of the Jerusalem borders 150 years ago, when all that Jerushalayim was, was inside the city walls and gates. It was a simple place when it was built with a windmill to provide for livelihood. The people fled from the tightness and plague of the city and because it was nevertheless a scary place to live outside the protecting city walls and across a very deep valley, so they called the place "Dwelling of Tranquility". Today this building is owned by the Konrad Adenauer Stiftung. 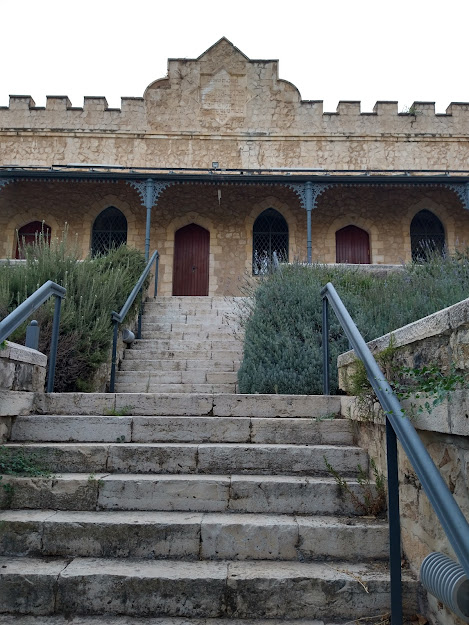 Next we continued behind the Begin Heritage Center to look at the cave tombs that were inside of the mountain. Archaeologists found hundreds of caskets of bones inside those caves. 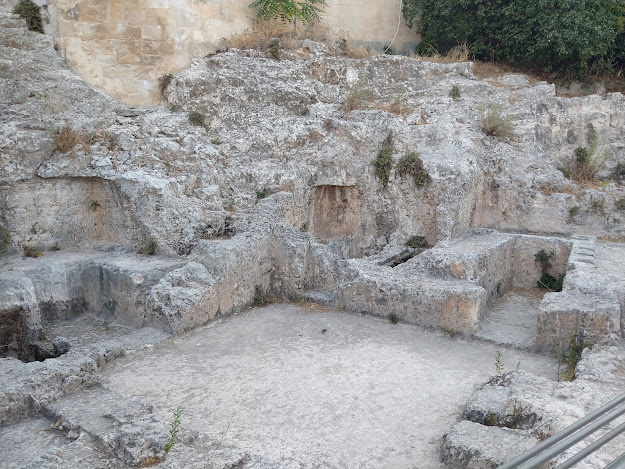 Not only that, they also found the oldest found piece of biblical text dating back to 2700 years ago! It was a small silver plate rolled up and buried together with those bones! Scientists spent a whole year figuring out what it said and discovered it featured the Priestly Blessing! For me as a Ben Kohanim this was a big discovery! 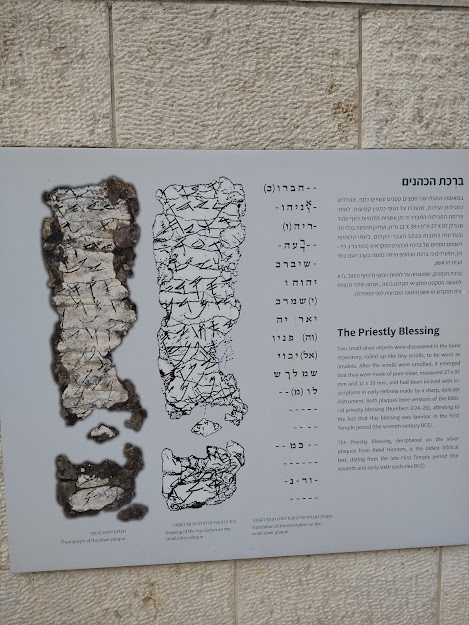 After that we continued further along the hill, on top of the hill, which is actually called Tanach Hill, because Ben Gurion wanted to build a Bible Museum on that hill! The top of the hill featured a well preserved spot of wild nature, some bushes here and there and a ruin of a water reservoir for the steam engines running from and to the First Station, which was just down the hill! Jamie also told us the fun fact that that hill was part of the "Backbone of Israel" which is the watershed between the Mediterranean and the Dead Sea. 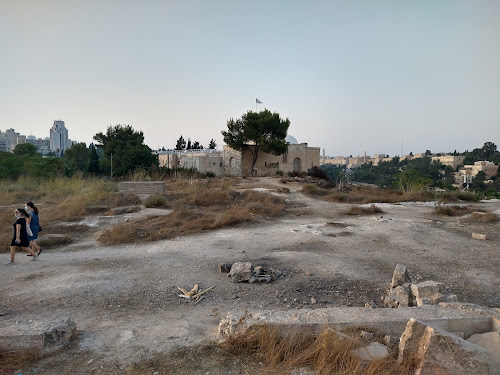 For the final stop of the tour we walked down the hill to the First Station and Jamie talked about in what un-ideal spot Jerusalem is built transport-wise. In 1890 the Ottomans built the First Station as part of the First Train line of the Middle East from Jerusalem to Yaffo. You have to imagine that for a time, after this line stopped operating until the new line was opened, Jerusalem was only accessible by road. It has some kind of symbolic meaning that Jerusalem, that city with so much significance for the whole world - spiritually - is so hard to reach. We need to make an effort to get there. When people were still going on Pilgrimages - Jews, Christians and Muslims alike, it was a very difficult road to go and whoever managed was rewarded greatly by the holy presence in the city of Jerusalem. 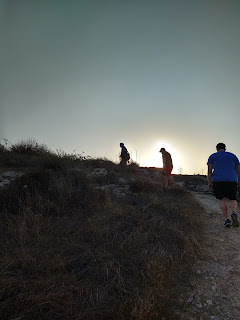